When Booni was a few months old, I told LagosDad that I wanted another baby (I must have been out of my mind). He said ‘no way’ right away. But I kind of tried to persuade him a few times over the next couple of years.

The thing is, even though I kept telling him I wanted a baby, I wasn’t sure if I did. I just kept saying I did.

Booni is 4.5, and Vins 8.5 – they’ve both grown up so much. We’ve gone on nice holidays together – just the four of us, enjoyed days out and kind of get along a bit better now. We are just getting our lives back really, aren’t we?

We spent the long weekend with friends. Some of them have babies, some 1 and 2 year olds. I look at them, and I think, ‘Ohhh, so cute!’ But I’m also thinking, ‘THANK God I’m past that stage!’

Having said that, the third baby is coming. Our new puppy is arriving next week!

When I decided to move to Lagos (in 2004), I knew that a big part of my decision rested on the fact that I could get a dog.

I arrived in August and started searching high and low for the perfect puppy.  Towards the end of September, a friend told me that a litter of Lhasa Apsos had been born and was I interested in getting one…  Yes!  Yes!  I was interested!

He took me to go and see the puppies – they were only about a week old – and I chose the one I wanted.  A male one.  All 6 puppies had different coloured coats, and I wanted the one with the golden brown coat.

I brought him home at the beginning of November and spent a lot of time thinking about what to name him.  I settled on Rolo.

This was the day I brought him home. 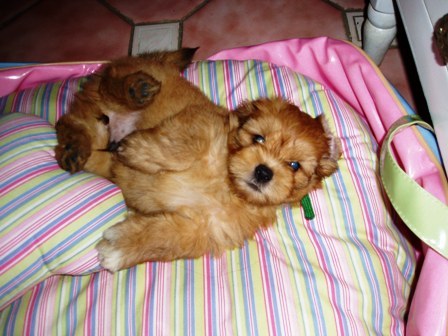 Getting comfortable in his new bed. 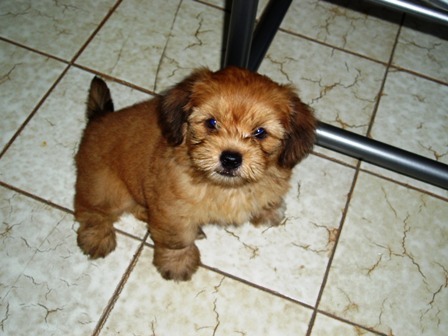 Waiting for me to get off the computer and play with him.

I had a dog before, when I was a child, but never really took care of him myself…  So I wasn’t sure about how to look after Rolo – as in, what to feed him, was he allowed into the garden before his shots, etc.

My vet advised me to feed him Cerelac three times a day (until he was ready for solids).  Cerelac is a brand of (baby) cereal made by Nestle.  You make it the same way you make creamy porridge.  With the powder and the water, etc. 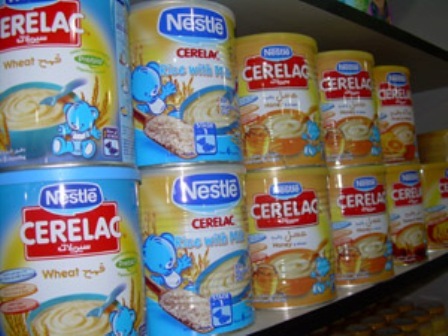 Oh, how it brought back memories.  We used to eat Cerelac as babies.  And when my brother started eating it (I was about 7), I started eating it again.  It is delicious!  It is widely available – but I haven’t seen the ‘original’ one for a while.  I’m not sure why, but I always look for it! 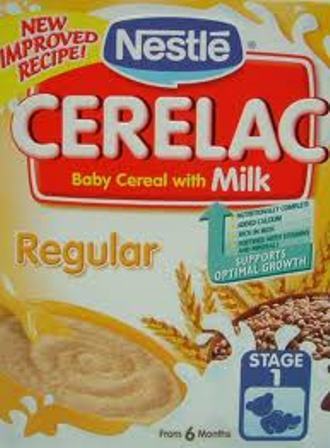 Anyway – so back to the puppy… I used to wake up for school at 5.30.  But I started getting up at 5.15am, getting myself ready and then I would make Rolo’s breakfast before leaving at 6.20am.  I would come home, make him a bowl of Cerelac for his lunch and then give him one in the evenings.  He LOVED it.  He lapped it up!  But I noticed – he wouldn’t eat unless someone was with him.  Or around him.  And he’s still like that today *rolls eyes*.

So…  While waiting for him to eat, I would eat too.  It actually worked out very well.  I had Cerelac for breakfast with him before going to school.  I was always starving when I came home, so I’d have a bowl at lunchtime and then in the evenings…  Well, in the evenings I was just being greedy!

I really can’t describe how delicious it is…

Rolo had grown well and was very healthy by the time he was ready for ‘real’ food. 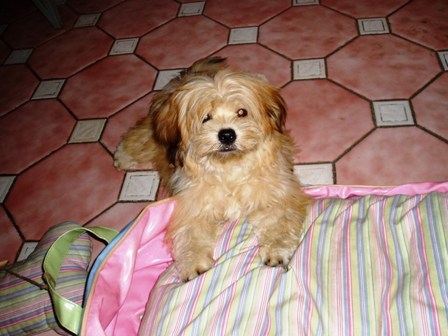