He started coughing on Wednesday morning and I started giving him cough syrup immediately.

He threw up a couple of times on Thursday morning and therefore stayed home from nursery that day.  He was in good spirits though.

He started feeling a little warm just before bedtime and after taking his temperature, I realised that it was slightly high.  I told him I’d have to give him some Calpol.

Bloody hell – anyone would think I’d said  I was going to torture him.

He ran around his room, hid behind the curtains, covered his mouth with his hands, all the while screaming and crying and just ABSOLUTELY REFUSED to have the f-ing Calpol.

With the nanny’s help, we finally managed to pin him down and give it to him.  He then threw up.  He got more upset.  He cried more and I started feeling guilty.

I shouldn’t have made him have it.  I should have let him calm down first.

He was beside himself.

None of us knew what to do.

And suddenly I blurted out, ‘Do you want to choose a toy from the toy cupboard?’ (This is where all presents received go before they’re re-gifted or taken out at a later date.)

I regretted it as soon as I said it. 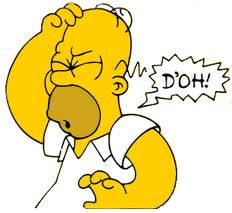 I knew it was the completely wrong thing to do.  But it was too late.  He’d heard me.

There were no more tears.  There was no more screaming.  He nodded and said, ‘Yes’.

I told him he had to have the Calpol first.  He did.  Without a fuss.  Then he got all smiley and giggly.  And I felt even more stupid.

I unlocked the cupboard and opened it.  The look on his face was priceless.  I wanted him to choose something small – so directed his attention to a Doctor’s Kit.  But he chose the Fisher-Price shopping trolley.

He went off to bed – happy as Larry.  Smiling and laughing.

He was ok during the night.  His temperature went up and down – but it was never worryingly high.

He spent a large part of the morning whining about wanting a present.  I either ignored him or said things like, ‘Oh!  Is it your birthday?  I don’t think so.’

Luckily he’s not made a fuss to have any of his medicine since then – he could easily just have a tantrum each time, hoping I’ll open the cupboard again.

But now he knows how much is in there.

Maybe I’ll move everything into another cupboard while he’s sleeping tonight!